Japo was a little boy when Jamie, our International Director for Madagascar, first started going to Mahabana in 1999. Japo’s father, Boto, and mother, Maman’i Rasendra, had struggled to survive. Both were fishers, but it did not provide enough money to support the family–so Boto turned to cutting down Mangrove trees. Boto worked hard but only made pennies off of the trees he cut down. At that time, Japo wanted to go to school, but his parents could hardly feed the family, let alone cover school fees.

In 2007, Boto and Josy, our National Director for Madagascar, planted our first mangrove propagules. As crazy as the idea seemed at the time, both of Japo’s parents became a part of the original eight employees who worked for us planting 100,000 mangroves that first year. The new employees quickly realized they could better provide for their families by planting trees, rather than cutting them down.

Since then, life has changed for this family in many ways. Japo was able to go to school and has since graduated high school. He is currently at university studying Environmental Studies. He would love to continue in his mother and father’s footsteps working with us to restore his environment. The impact on people’s lives multiplies exponentially as the years go by, just as it has for Japo and his family. 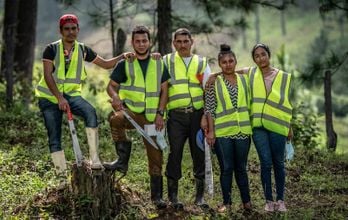 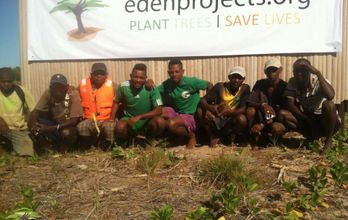